Why the world wouldn’t end without work life balance 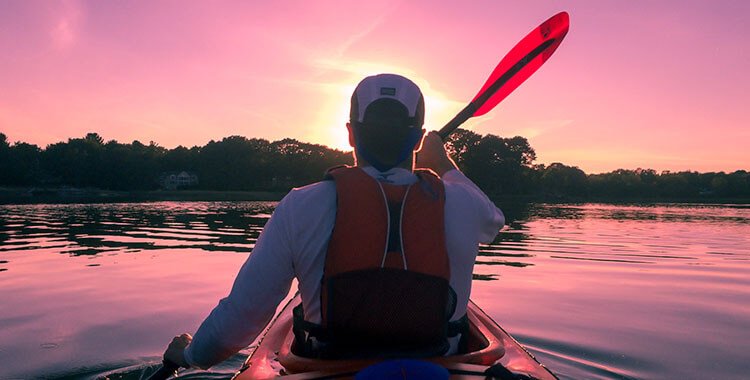 The importance of maintaining a healthy ‘work life balance’ is a well worn adage of modern life. However, recent changes in working practices, including the adoption of technology and the growing move towards self-employment call into question whether work life balance is a mantra still worth pursuing, or fast becoming outmoded.

When was work life balance introduced?

It can be argued that formal divides between work and life arose through industrialisation. Workers in factories were not reliant on seasonal trends of work, as their agricultural labourer forebears had been almost entirely. As we will see, the working patterns of these pre-industrial labourers bear more similarities to modern entrepreneurial working practices than their industrialised descendants. But for a growing majority of the workforce in the 19th century, the delineation between time spent on ‘work’ and time spent on ‘life’ was beginning to appear.

Changes to family life and the invention of childhood

Along with industrialisation and changes in the way we work, the 19th century also heralded changes to how we consider family life. The invention of the modern concept of childhood contributed to the growing divide of work and home. Children, previously considered small adults became fully distinct from adults, inhabiting an increasingly romanticised conceptual space where their primary activities were leisure and learning. The period of childhood extended further and further as years of schooling increased and the concept of childhood as a distinct period, with its own literature and traditions evolved. Unlike previous generations, in which children would begin to take on jobs or join in the same kind of employment as their parents, children were starting to be involved in entirely separate activities from the working adults they lived with, increasing the distinction between ‘work’ life and ‘family’ life.

Achieving a balance between the two became more and more important as families started to become less integrated and in a way, less like businesses themselves.

The first agreed weekends were informal agreements between employers and employees. Some of these agreements were reached amicably, while others were the result of collective strikes intended to put pressure on employers to reduce business operating hours. Time off on holy days (transformed into our modern word ‘holiday’, as Pratchett taught a generation in Feet of Clay) was easy to argue, but the concept of a 2 day weekend simply did not exist. Industrial action and a growing understanding of workers’ needs was necessary for the weekend to become a reality. In order for its workers to observe the Sabbath, a New England cotton mill began to close on Saturdays as well as Sundays, a practice which was soon taken up across the US. Henry Ford made a point of closing his factories on both Saturdays and Sundays, further establishing the practice.

It is worth noting that in all of these cases, work hours were being reduced to make way for ‘life’. Nowhere in the industrialised world did life have work imposed on it. Rather, work itself could be argued to be the norm. By cutting back hours of work for holy days and eventually, the weekend, employees and employers were carving out periods of non-work from a working environment.

The forces that reclaimed the weekend… for work

In the 20th century the weekend spread across the world. But it has still never been universally adopted. Historically there are many factors which have led to this – sometimes imposed by governments, or more subtly by workplace culture. In some parts of the world economic and ideological factors meant that for much of the 20th century many countries did not have a 2 day weekend. For example, a 6 day working week was observed under the communist regime in Poland until the 1970s, and still is in some countries today.

A much-investigated example of the culture of ‘overwork’ is the phenomenon of the salaryman in Japan, a microcosm of work life imbalance. Similar workplace cultures have been prevalent in many parts of the world at different times. The tendency to stay late at the office, or work on Saturdays persists, to the extent that many countries have had to pass laws on the amount of time people could be called upon to work.

But there is another group for whom the weekend never held much importance in the grand scheme of business. For many of the world’s business owners and entrepreneurs, the weekend was simply an opportunity to turn free time into business. For these individuals and others who work for success and fulfillment rather than a wage, the work life balance supplied by the weekend does not take hold.

The move towards self-employment

Over a century after these developments in the workplace and family life took place there is an increasing trend towards self-employment. Self-employment often disrupts the neat partitions of ‘work’ and ‘life’, as the ‘always on’ requirements of small businesses make traditional work life balance impossible for many business owners. How business owners deal with the issues that brought about the need for work life balance has been the subject of many studies.

The resource being fought over here, by both men and women, is time and control over what is done with it. Rather than a balance, these self-employed individuals sought an integration of work and family life which allowed them to flexibly adjust their priorities depending on the business and family circumstances.

The division between the realms of work and life/family is further eroded by the opportunities for business outside of what might traditionally be called ‘work’ activities.

“Children’s leisure and school activities represented an opportunity to network, and volunteering with community organizations presented a dual opportunity to both participate in community life and present a positive image of their business.”
(p.38, Hilbrecht and Lero)

Once you make yourself the figurehead for the business, seperating ‘you’ from the business becomes impossible from an outside perspective. Reputation is a valuable asset in small business, and small business owners tend to find their actions under more self-scrutiny than when employed. In an increasingly connected world public image is on display at all times, not just business hours. In such an environment disconnecting work and life becomes harder still.

So is seeking work life balance bad for business owners and entrepreneurs? There are several reasons that it can be.

The cognitive dissonance of trying to keep a balance between two things which cannot be balanced in the usual (9-5 wage earner) sense can be a cause of stress and burnout. Perceiving ‘work’ and ‘life’ as two separate, distinct spaces upon which the other should not intrude can be the cause of unrealistic expectations of the joys of non-work life and less than ideal attention to work.

Built into the concept of work life balance is an opposition between the two concepts – work and life being set up as in conflict over time and energy. That the two realms of ‘work’ and ‘life’ require balancing could imply them to be equivalent ends of the same scale. When there is more work, it must be balanced by life. But is this a scale on which each side must equal the other, or one in which the individual doing the balancing must shift the fulcrum of the balance in order to keep work and life level? It is not clear how the analogy of balance should be extended.

Opposition between work and life, set up as separate and in competition, is a false dichotomy for business owners. Life could be construed to mean all that is not work, of some subset of non-work activities. But in either of these cases work and life for business owners are so intertwined that perhaps they cannot be thought of in separation. Elsewhere in this article I have followed Hilbrecht and Lero in describing balance in terms of work and family, as this was central to their study. While this opposition obviously does not apply to all business owners, the trade-off it presents is the same. As Hilbrecht and Lero identify…

“Daily activities can be seen as a series of priorities and trade-offs, determined by a combination of social norms and expectations, biological needs, and individual preferences and constraints.”
(p.24, Hilbrecht and Lero)

Against this backdrop of time control and trade-offs, establishing firm barriers of ‘work’ and ‘life’ seems to be a losing battle.

Connectedness technology, exemplified by the mobile phone, is a two edged sword in terms of time management for small business owners. On the one hand, connectedness provides a feeling of control, easy management client relationships and a source of information – all of which are essential to peace of mind for many small businesses. The ability to achieve peace of mind is itself a strong result of good time management. On the flip side, this connectedness contributes to the ‘always on’ mindset of the business owner, and blows holes in the line between work and non-work times.

Who among us who know business owners has not experienced a social or non-work event being punctuated by business calls and emails? While sometimes frustrating for their friends, this is entirely understandable – client relations demand that small business owners be available. What’s important is developing good methods of blending work and non-work activities, such that important interactions in one sphere do not disrupt equally important ones in the other.

Self-employed workers do feel some negative effects from ‘always on’ technologies but as masters of their own time they can choose to disconnect. As employees, ‘always on’ is the tacit expectation of duty to the company. But self-employed workers are able to define what matters in their lives to a larger extent. Control over how time is spent, whether on more ‘life’ and less ‘work’ or the opposite gave the self-employed parents of Hilbrecht and Lero’s study the opportunity to “gain more control over daily life.” (p.39, Hilbrecht and Lero)

By setting up rigid boundaries between ‘work’ and ‘life’ you may miss out on both. Taking the opportunities for leisure and living your life need not be incommensurate with leading an active business.

Time management is key to ensuring you live a fulfilling life, and achieve your business goals. The feeling of being in control and being secure is also vital to feeling good about both work and non-work activities. The mixture of the ‘balance’, I would argue, pales in comparison to this. In business, as in the pre-industrialised world, there are periods which require frenetic activity in order to ensure success. At other times the demands of business can be less insistently felt. This is the reality that business owners and entrepreneurs find themselves in. Forcing a template of work life balance on this picture will generally fail, as it is the individual’s control, decisions, and time-management which will determine their satisfaction.

Thank you for reading this article. I work for Brixx – we make accessible financial forecasting software. If you’re interested, take a look 🙂 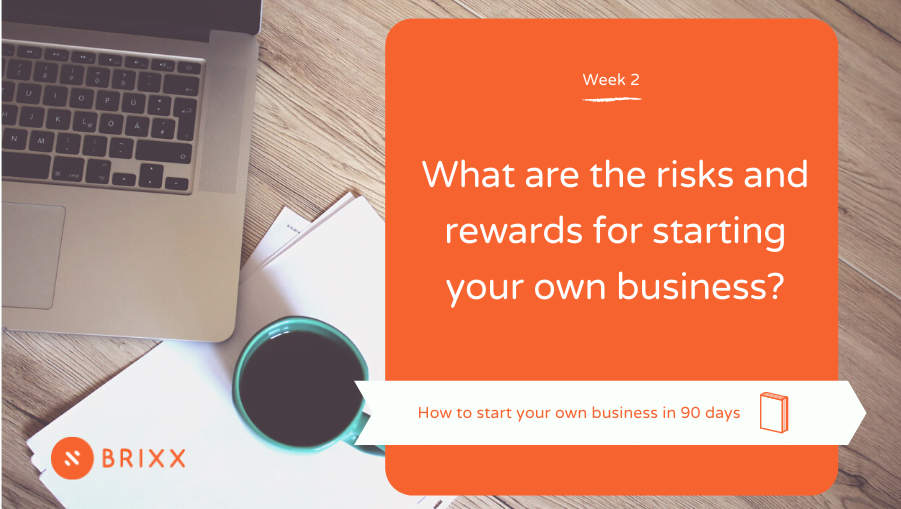 What are the Risks and Rewards of Starting Your Own Business? 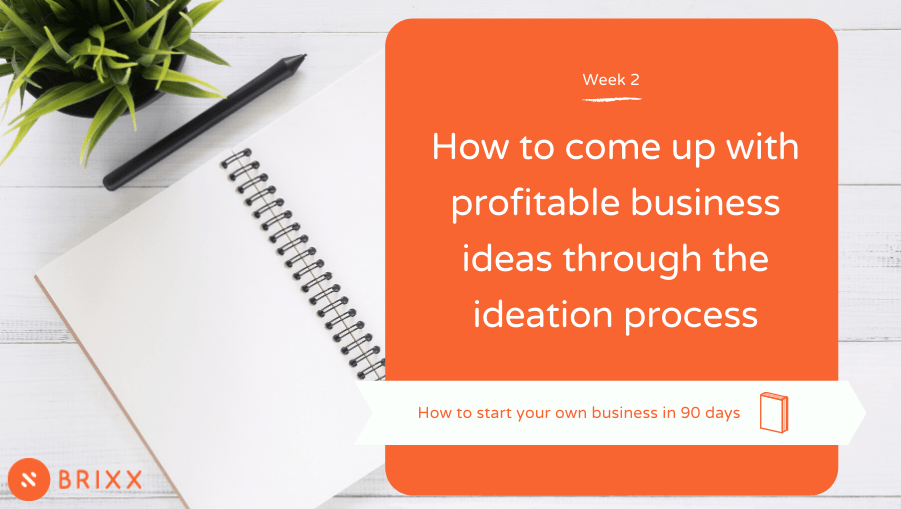 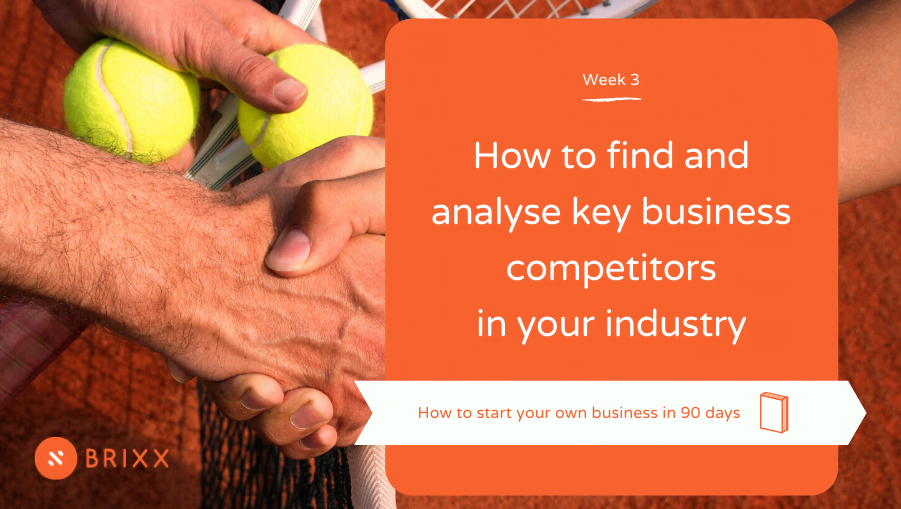 How to Find and Analyse Key Business Competitors in Your Industry 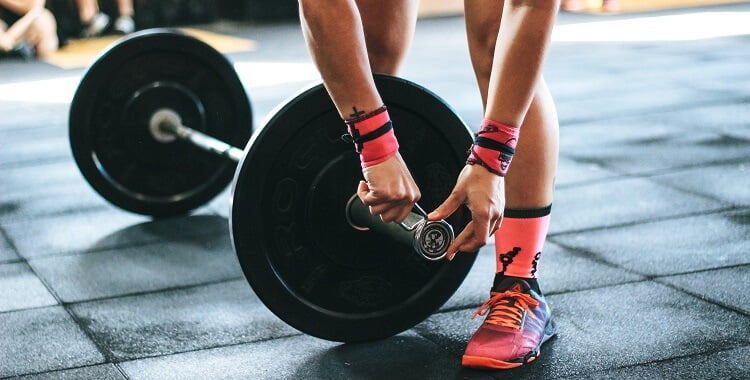 The Beginners Guide To Starting A Personal Training Business 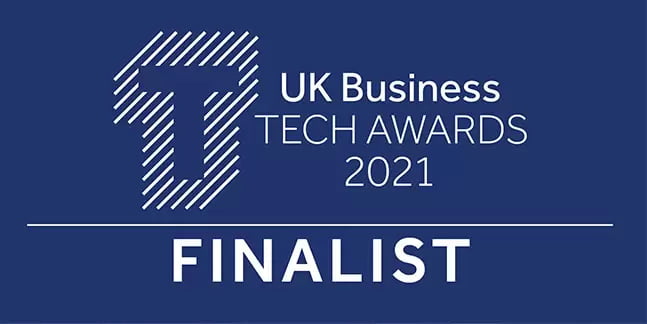