This week we have introduced teams to Brixx, alongside new pricing packages, longer planning horizons and a host of little improvements. As I mentioned last week, teams are a completely new way to share plans between different Brixx users. It’s also a way to save quite a bit of money on Brixx products, as Business and Pro packages include several team members at a discounted price. 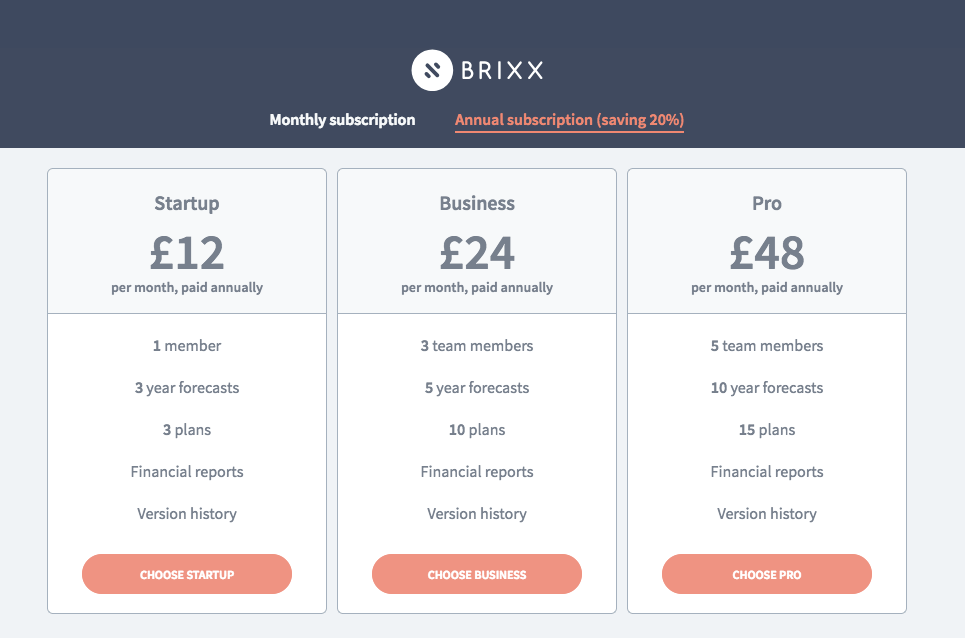 What is a team?

A team is a group of Brixx users on a single subscription. The team owner manages the team. They originally purchased the Brixx subscription and it is they who have the power to invite new members to the team. Here’s a quick list of what team owners can do that ordinary team members cannot:

Team owners have a lot of power in Brixx teams, but they are also able to transfer that power to someone else. This means that the person who initially sets up a Brixx team doesn’t need to be the one who manages it day-to-day – this responsibility could be given to another team member. 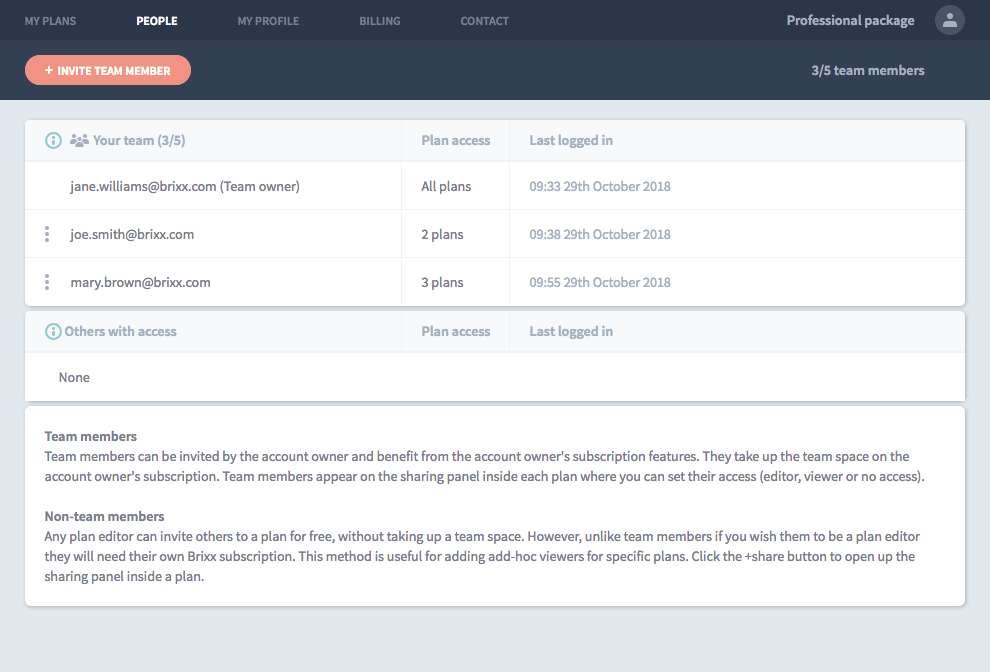 Team members – invite your colleagues, investor, advisor or accountant to work with

Team members are fully fledged members of the team. You can invite anyone to be a member of your team, as long as they are not already on another Brixx team. When you invite team members to your team you have the option to grant them access to all plans on the account – but you can also choose to only give them access to plans of your choosing.

This way, you could have several team members on an account – all who perform different roles in the business. For example, a director who needs to see the financial reports and dashboard could be given viewer access to a short term forecast but editor access to a strategic long term plan, while a business manager and accountant might be given editor access to all.

While not part of the team, it’s worth talking about non-team members here too! Non-team member is just a catch-all term for any Brixx user who isn’t on your team. You can still share plans with them, and they can share plans with you. Non-team members aren’t on your account, and so do not benefit from your subscription – if they want subscription features they’ll have to get their own – but also they don’t take up plan spaces or team spaces on your account.

You can read our full guide to using teams in our support area, or sign up and try them out in a 14-day free trial.

Other new features and changes

In addition to adding Teams to the app, we have also made some user experience improvements to the app:

The Sharing panel now includes options for adding team members. We’ve revamped its appearance to handle adding both team members and non-team members to plans. You can also pull up the sharing panel from the My plans page. There is a new button on each plan tile showing the number of people each plan is shared with.

The benefits of purchases and upgrades now take place more quickly in the app – for example – previously it could take 5-10 minutes for an account to be upgraded after the purchase was made. Now, this process is handled more quickly – generally within 1-2 minutes.

There has always been the ability to delay the cash flow side of many transactions in Brixx. For example, delaying the payment of costs by 1-3 months. Responding to requests we have extended these options to 1-12 months. You can find these options in the Opening Balance, Finance Settings and in the Income, Cost of Sales, Operational Cost and now Inventory components.

In Brixx, Inflation is a tool you can use to increase income and costs in the years ahead. Before the update, it was possible to add inflation in the first financial year of the plan, immediately inflating the figures entered in components. To ensure this doesn’t happen, we have made the first year of the inflation input uneditable.

You can now ask questions and give feedback directly from the app. Talk to us by clicking the orange chat icon in the bottom right of your screen. We’re quite friendly so do say hello! 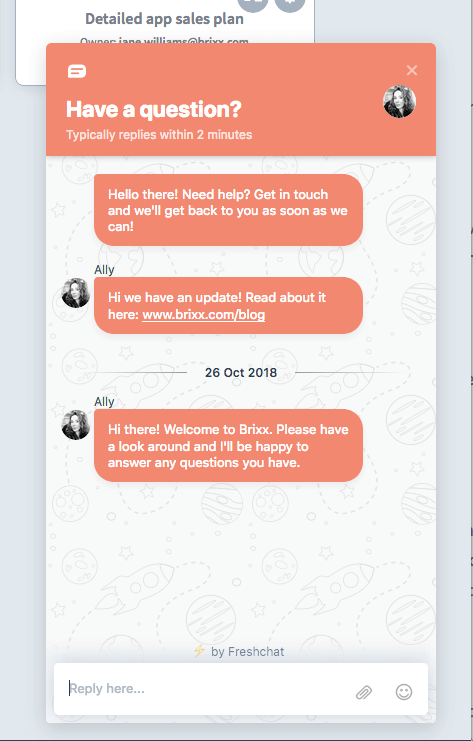 This autumn we’re turning our attention to tax – a scary prospect suitable for Halloween… to keep up to date with our releases, log in to the app and see what’s changed – or subscribe to this blog 🙂

What is Brixx? Why we do what we do